Boots and Bulls with the Cajun Army 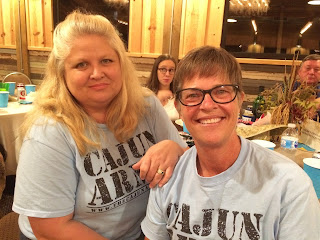 Diana LaBorde called from the Nederland Chamber of Commerce and invited me to be a celebrity Boots and Bulls waiter. Finally, a chance to brush off my old Bennigan’s skills!
This packed event at Sevenne Hall drew out some fancy folk willing to socialize and bid on tempting silent auction items and eat barbecue. What we won’t do to support our chambers. . . . Serving was bunches of fun.
I noticed some guests wearing Cajun Army t-shirts. These are Louisiana people who have come to “muck out homes” after Harvey. They were heartily welcomed. Sandra Keuhn was checking to see if there were more Rao’s sugar cookies. They had been served to tables in upturned cowboy hats. There were no more cookies in the back, but I told her no one would deny a woman wearing the Cajun Army shirt. We went from table to table asking for an extra cookie or two. What happened was, tables gave her whole hats full of cookies to share with the rest of the Army.
I asked Revonda Kirby, also with the Army, how I could get her a copy of this column. She said the group expected to be in our area for about six months to help Southeast Texans.
“We help others. That’s what we do,” she said.

Farmers, your almanac is ready
Your grandfather’s copy of “The Old Farmer’s Almanac” may not have had mention of yoga huts, but those culinary, weather, planting and general interest tidbits fill the pages of the 2018 edition, and the makers have sent me a few to share with readers.
Are you familiar with walking stick kale that grows up to 10 feet high? Did you know mushrooms, not sugar, may be added to reduce the bitterness of cacao beans in chocolate? Small-scale out buildings are being used for yoga and other spaces in some urban backyards. Slow cooker chicken tacos sound good on your fall table. The recipe is on page 256.
Almanac.com/media has more details. Readers, about those few copies I’ve been given the opportunity to distribute, e-mail me at darraghcastillo@icloud.com and I’ll put your name in a hat and draw out the winners until the copies run out. Don’t worry. The stores will have more.

Darraghcastillo@icloud.com
Posted by The Port Arthur News at 11:49 AM No comments:

Slow Cooker helps after Harvey; no time for pests 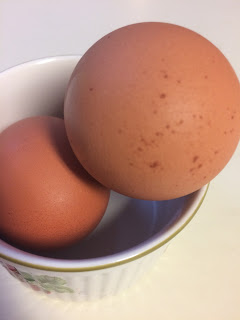 Sometimes the gift of feeding is all we have. It’s most necessary.
I heard second hand of a woman with a generator who collected all the slow cooker pots in a neighborhood that lost power after Harvey. She then collected food from their freezers and kept those neighbors fed as they cleaned their homes.
One tip on “how to help” to help those cleaning their flooded homes is to offer to bring cooked food to a home at a specified time. Bring paper plates, etc. and serve it to the exhausted family. Then leave the leftovers or pick it all up so everyone can rest, or get back to work.

One Egg
A single egg meal has been another thing appreciated of late. Recently, the floods made finding even the most basic of foods difficult.
My one egg breakfast is often augmented by festive “leftovers.” We’ve whipped up an egg each for my husband and me and folded in the likes of guacamole, queso, and fruity cream cheese spreads. Leftovers are never wasted around my house. May this idea inspire you for all the rest of the mornings of 2017.
Version:

Pesky
Pesky pests
H                 Harvey waters have made us prep for insects, even as concerns regarding West Nile already caught our attention.  Some southeast Texans may be in need of DynaTrap offering a green, pesticide-free solution to pest relief as we rebuild. We’ve all been outdoors a lot. IInterested? Here’s what the makers say: “DynaTrap is a technology-driven indoor/outdoor insect trap that protections against mosquitoes, biting flies, moths, wasps, and more. DynaTrap relies on UV light and CO2 to mimic human beings and maximize predatory insect attraction, rather than pesticides or harmful sprays. Its strong yet silent fan then vacuums the insects into a retaining cage. Safe and simple, just plug-and-hang the DynaTrap 24/7 to stop the mosquito life-cycle. With no pesticides, chemicals, odors, noise, or hassle; it’s perfect for your backyard.” darraghcastillo@icloud.com

Posted by The Port Arthur News at 9:16 AM No comments: 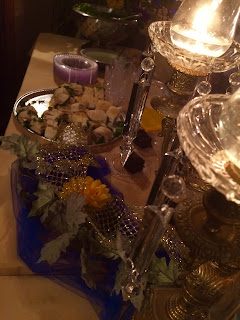 Port Arthur’s Amuny’s  famous sandwiches were recognizable amid crystal and fanfare on the buffet at Brentwood Country Club. The occasion: Monsignior Kelly High School class reunion.
Frank Messina, an Amuny’s owner and reunion organizer brought the PA delights that were a hot topic as guests caught up with one another. The gang also attended the Kelly Homecoming the night before with fajitas. I was the date of my sister Debbie Doiron Madisetty, who traveled from Alabama for festivities.
The Class of ’67 got down to “Ride, Sally Ride” and other hits of the era while flipping through the yearbook and photos. The Brentwood menu also included pork stuffed with boudain and my first sweet potatoes of the season.
Meanwhile, downstairs was another Port Arthur tie. The Beaumont country club houses Boudain Hut North at Brentwood, which features some of the goodies that the Port Arthur Boudain Hut made so popular.
At the homecoming, I chatted with a classmate who now lives in Boston. I made it a point to present her with a “Don’t Mess With Texas” sticker to take home. Her reaction took me by surprise. She said she had that stuff all over her house. Her sister was instrumental in turning this anti-litter campaign into a household term.
I’ve always loved the “Don’t Mess with Texas” phenomenon. Little did I know one of the people who brought it to life used to play in my house with my sister.
I’m just going to point out that I attended high school in a different school and in a different era. I’m part of the French High School Class of 1983, and I’m ready to jam with those guys any time.
darraghcatillo@icloud.com

Posted by The Port Arthur News at 1:09 PM No comments: 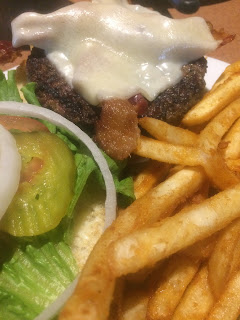 Port Arthur gets fed after Harvey

Stores in our area ran way, way low as Harvey’s flood waters filled Mid-County and emotions ran high. Those who could help, did.
I distributed water, cleaned out an office, cleaned up a house and volunteered at a tent helping sort everything from diapers and rice mixes to formula and rabbit food.
Those who received were grateful and there was a good feeling from being able to serve.
The term “bless you” was flowing.
Here’s some thanks for a couple of Port Arthur eateries:

Dylan’s
“Open” is a sign we’ve all been seeking lately. After a heated morning in a tent, someone noted that Dylan’s was serving and I took a respite in the cool air. That was a treat in itself. Then fantastic cheeseburger on sourdough bread arrived at my table. The fries were crispy perfection. After such a harried week of remnants, this feast will be remembered. Thanks to all those workers!
Sake
Did you hear how Sake Sushi Bar in Port Arthur was giving out sandwiches to those affected by Harvey? They made bunches and I saw them walking around and giving them out by hand. That’s some love for Port Arthur.
Keep those good stories coming.
darraghcastillo@icloud.com

Posted by The Port Arthur News at 12:39 PM No comments: